Lately we are seeing an explosion of a real mania for the 3D Laser Printer.

People write about them in the newspapers, talk about them on television, organize seminars and exhibitions dedicated to the subject, they publish books and at least on the web are increasing dramatically the resources available.

Although it is now after 30 years since their first introduction, the 3D laser printers are still a novelty.

How a 3D Laser Printer works

The 3D laser printers are capable of reproducing a three-dimensional object from a digital file and from any type of material: from plastic to metal, even to human cells. With this background, the use of this type of technology can range from the health sector, to fashion, to the automotive, building, and much more with the possibility of endless applications.

The process is simple: from one electronic drawing file or ‘blueprint’, the 3D Laser Printer transforms the digital information into a physical object staring successive layers of material until the entire object is ready.

So far the process seems simple, but the real magic happens when he joins the 3D printer with digital technologies of the Internet of Things. The result is an explosion of technological and social innovation. The advantage of being able to play electronic circuits or recognize materials similar to each other, but with different properties in a short time, greatly speed the implementation times of the objects and give a boost to this sector.

What are the most innovative sectors for the 3D Laser Printers?

Currently we already carry fashion accessories, games and small items by using 3D Laser printers, but by 2020, we will be able to create houses and internal organs in 3D.

The most investments and progress in this type of technology are developing in these fields:

1. Reconstructive surgery 3D
The ability to play back entire human organs is one of the most important medical revolutions of our times. The progress in this field are awesome and will eliminate the long times and lists of transplant. Recently in Russia they build the first thyroid tested on mice, by using a 3D laser printer. Considering the large amount of diseases linked to this organ, we can imagine the positive implications of this project on human beings. And this is just one example…

2. Building Industry 3D
With the 3D laser printers technology will be possible the digital construction of buildings. In Dubai a building and his relative mobile will be built printing layer by layer the building with a mixture of reinforced concrete, plaster, and plastic. To carry out the project will use a 3-D printer about 7 meters high.

3. Mechanic industry 3D
In the world of four-wheel drive prototypes are being realized by using 3D Laser Printers. This possibility would give several advantages to the sector speeding up the production process and reducing costs related to the preparation of complex systems. An example is the Blade project: a supercar made entirely with 3D printers. Another example is the new Jetpack: a rocket system, made entirely in 3D, that allows man to fly and land as a helicopter. This was conceived by Martin Aircraft and used for the latest film 007.

What are the advantages and the challenges ahead in the world of 3D laser printers?

Undoubtedly the ability to exactly reproduce any object in 3D leads to a number of indisputable advantages:

1. Reduction of the time period of the objects
Although currently the 3D machines employ from several hours to several days to create even just a piece; the realization times are still amazing if compared with those of humans, especially in the case of reproductions of buildings or biomaterials.
2. Labor cost reduction.
3. Reduction of hazardous waste in the building sector.

Harley Davidson Is Our New Emperor Of The Roads

Networking In The New Normal 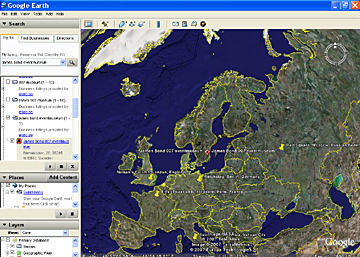